Throughout his adult life, Mr. Burrow has lived in upstairs apartments. While from time to time he has considered buying his own home, he likes not having to be responsible for the maintenance of a residence. He also likes living upstairs, because it is quieter, there's a better view, and there is no risk of flooding. Chances are he will spend most of his life in upstairs apartments.

His first independent residence was an efficiency in the back of an old house at 19th and College Streets in Cedar Falls, Iowa. The place featured green shag carpet and furnishings from the St. Vincent De Paul Mission Store in Waterloo. He remembers giving the only real party he has ever hosted at Christmas, 1982, when literally dozens of his college friends crowded into the tiny place for an enormous holiday bash.

In the fall of 1983 Mr. Burrow moved to Algona, Iowa. His first home there was an another efficiency, this time above what was then a jewelry store at State and Dodge Streets, right downtown. (He was sad to see that in 2007 the historic brick building was covered in vinyl siding.) He had moved quickly and had virtually no furniture, but he did his best to make the place home for the eight months he lived there. His neighbors included a credit bureau and a dentist's office, and he remembers listening to the noise as high school kids cruised the strip on weekend nights.

In the summer of 1984 (during the Los Angeles Olympics) Mr. Burrow moved to his present home, a large two-bedroom apartment in a four-plex at North and Ridgley Streets near the Des Moines River at the west end of Algona. While designers would find the décor passé, Mr. Burrow finds it pleasant and homey. The apartment features large windows, and he loves the view of the quiet tree-filled neighborhood. He also enjoys the deck, where he can hang laundry to dry or spend time relaxing in the summer sun. The apartment is moderately priced by local standards, and dirt cheap compared to rents elsewhere in the country.

His life on west North Street has been very stable, while his neighbors have come and gone. Over the years the bulk of his neighbors have been young adults, most of whom moved out when they either married or moved on to other jobs. The building has also been the home to a pair of drug dealers, several welfare mothers, and a retired couple--one of whom died while they were living there. He has never been especially close to any of his neighbors, but he has gotten along fine with most of them. The building has changed ownership six times, but the rent remains affordable and he continues to enjoy living there. 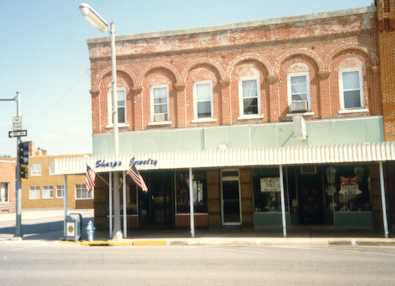 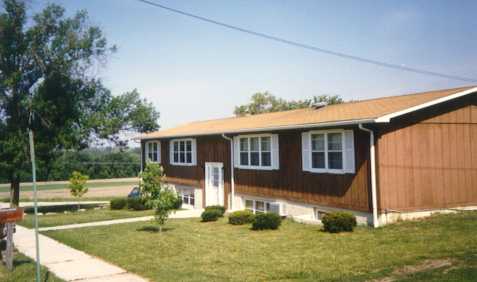 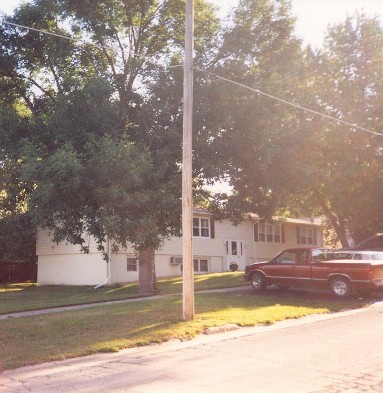 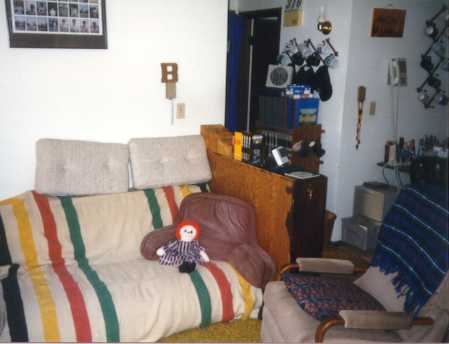 A view of the living room in Mr. Burrow's apartment 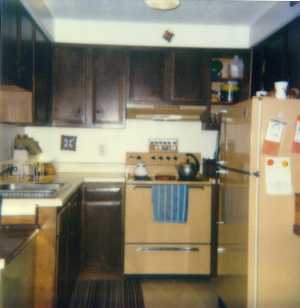 A look into the kitchen (The appliances are now white; Mr. Burrow preferred the harvest gold color.)

Links to other sites on the Web